In this podcast Guardian Grange founder, Mark "Matz", chats about military service and transition back into society with former teammate Dana De Coster who is a retired US Navy SEAL Commander with 20 years in leading and synchronizing fast-paced teams on high-stakes missions. During his military career, Dana experienced first hand the power and influence of harnessing advanced data analytics with an intuitive user interface, and he has merged his former skills into the civlian marketplace as the co-inventor of PATCH and co-founder and COO of Roper Solutions, Inc. where he serve a new mission. Roper Solutions, Inc. is a woman and veteran-owned technology company that is revolutionizing the IoT and wearables market with high performance, cost-effective sensing and communicating technologies.

We dive into the PATCH technology he and his partner Maeve Garigan, CEO use to track cattle for ranching. This same technology is the backbone for providing off-grid encrypted communication ability through cell phones for hikers, hunters and outdoor enthusiasts.

PATCH is currently avialable for pre-sale through a Kickstarter campaign found here https://www.kickstarter.com/projects/danadecoster/patch-encrypted-off-grid-texting-and-gps-made-in-usa

Find more information about PATCH and links to Roper Solutions below:

But first, thank you for listening to the Guardian Grange podcast. We are a grass roots movement sowing the seeds for a decentralized, local-focused, family-oriented network of food sovereign communities. Please find us on social media and join our email list to stay updated with our projects as we grow. Feedback is always welcome and encouraged!

How To Support The Podcast & Guardian Grange Vision

Your donation supports our efforts to improve humanity and the environment by uplifting veterans to protect natural resources and strengthen communities.

You can also donate through our website https://www.guardiangrange.org/ by clicking the "Support The Vision" button.

Subscribe to the YouTube channel here so we can hit 100 subs and change the channel name to: https://www.youtube.com/channel/UCoggg7qUsc7HFAticoKn4gA

The technology trailblazer, Roper, has launched a new product to keep your team connected even in the most remote locations. Styled as a US flag, PATCH is an ultra-slim and waterproof device that is made in the US and uses the same wireless charging as a smartphone. Packed with the latest encrypted technology, PATCH pairs with your smartphone so you can text, share GPS and maps, and monitor your team’s activity—all without cell service, Wi-Fi or satellite.

Roper is a hardware-software company focused on high performance encrypted sensors for rural and off-grid markets, all proudly designed and built in the USA. Invented by a US Navy SEAL and a DOD engineer, our flagship product PATCH is the ultra-lightweight, low profile, high performance, go anywhere tech tool that will revolutionize off-grid communication keeping you in touch with your group when venturing into the backcountry, whether you are a hiker, climber, skier, hunter, camper, or outdoor enthusiast). PATCH seamlessly integrates with your gear and pairs with your smartphone to securely chat, text and monitor the location and activity of you and your group with end-to-end encryption—all without cell service, Wi-Fi or satellite.

Learn more about Dana's company Roper and their PATCH communication technology at their websites: 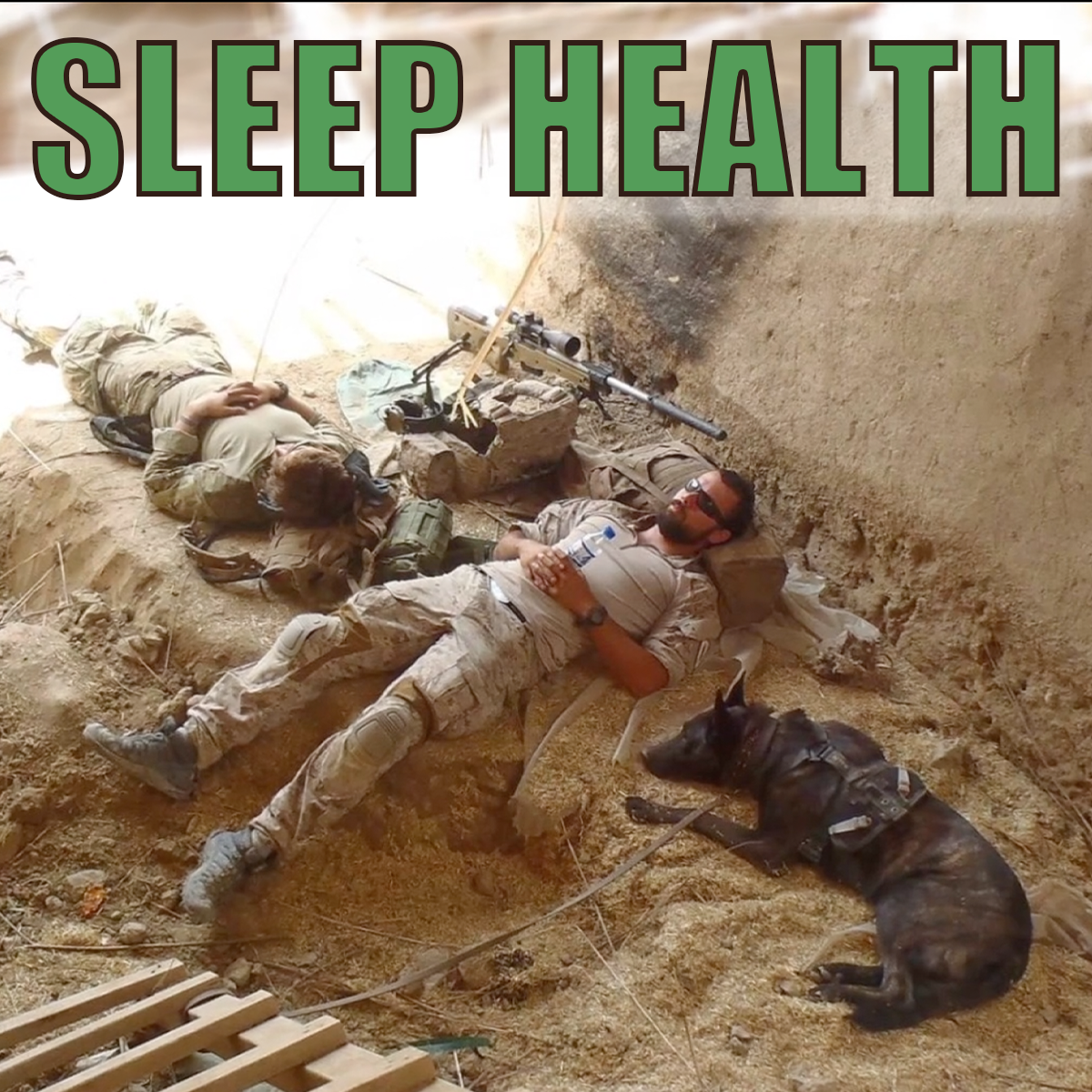 Guardian Grange is a veteran powered humanitarian and environmental regeneration project, founded by a former US Navy SEAL to protect natural resources, strengthen communities, and uplift veterans with a renewed sense of purpose. Our focus is facilitating individual and community healing through working in nature. We are growing a decentralized network of regenerative permaculture properties to build the infrastructure for a soil based economy, and serve as healing spaces for veterans and co-creative community projects that build deep-rooted relationships and inspire stronger sense of community for generations to come. Hello friends and fellow humans, thank you for tuning in to the very first Guardian Grange podcast. I am your host, Mark Matzeldelaflor, founder of our non-profit mission and Co-creative Engagement Officer. In this first episode, I'm going to discuss a little bit about myself, and my life's path from early childhood to becoming a Navy SEAL, combat experience, dealing with the tragedy of suicide and veterans mental health issues, experience with earth based sacraments (or entheogens, often referred to as psychedelics or "hallucinogens" with undeserving stigma) and reigniting my fire for life which is what lead me to start this nonprofit mission to facilitate veteran healing through working with nature... and why I've dedicated my life to building a regenerative permaculture network for food sovereignty and a community focused infastructure for a soil based economy...  We'll dive into the Guardian Grange vision, and chat about what our core team has been able to accomplish so far... where we're going, and how you can assist. Finally, I'll close with how you can help support our effort (see links below), manifesting the Guardian Grange vision, along with some final thoughts... Our mission at Guardian Grange is to ... In this episode, I’m honored to chat with Seneca Scott who is a really awesome human doing a lot of good work in his community out in West Oakland and the surrounding area bringing people together around food, culture and nurturing healthy environments. Seneca is part of a great team at Oakhella that was born in the Lower Bottoms of West Oakland to preserve the cultural fabric of their community while welcoming newcomers. They officially launched as a micro-music festival in 2016, and have since grown into a community organization made up of young professionals who recognize the need to create spaces that encompass the broader culture of Oakland, well known for its multi-generational appeal.  Seneca also helped build Oakhella’s sister organization, Bottoms Up Community Garden which is home to an experimental localized food system in West Oakland intended to re-shape the Lower Bottoms’ understanding of food security. They believe that through decolonizing the current industrial agricultural system, community health, nutritional awareness and biodiversity will improve… and we have some good conversations on this in the episode. And if that’s not enough, Seneca also founded Neighbors Together Oakland which is an organization dedicated to bringing post-partisan unity and preparedness to Oakland neighborhoods. But wait… there’s more… he recently ran for city council of district 3, and even tossed his hat in for Oakland mayor. He’s a Cornell University graduate from their school of industrial and labor relations, and he’s been an active member of Gaurdian Grange as we grow this organization. So, needless to say Seneca is a very active member of his community and working extremely hard to do good ...

Lack of deep, restful sleep is a major crisis among the military and verteran community which too often throws medication at the symptoms leading to a growin list of problems. My friend and fellow SEAL Team 7 veteran, Robert Sweetman, jumps on this episode to discuss the sleep inadequacy issue that affects so many, and shares a wealth of knowledge that anyone can use, along with his nonmedicated, empowering approach with the Sixty Two Romeo mission to improve veteran's mental health through sleep. This is a very interesting and empowering episode not only for veterans, but for all people who suffer daily from a lack of sleep leading to grogginess and energy crashes that are too often covered up with caffeine by day and sleep medications by night. Join us on this podcast, and get motivated to take back the rest you deserve with a more holistic understanding of why sleep issues persist and a natural trajectory toward recovery. How To Support The Podcast & Guardian Grange Vision Please share this podcast with friends and family, and stay connected to Guardian Grange on social media (Instagram, Facebook, Twitter, YouTube, etc.) and at our website www.guardiangrange.org to follow along with our progress as we help transform the world into a more beautiful, healthy, and friendly place one community at a time. Guardian Grange is a registered non-profit 501(c)(3), EIN 85-3841605. Contributions are tax deductible. Your donation supports our efforts to improve humanity and the environment by uplifting veterans to protect natural resources and strengthen communities. Donations Donate directly through our Donorbox campain here: https://donorbox.org/guardian-grange-donation You can also donate through our website https://www.guardiangrange.org/ by clicking the "Support The Vision" button. Subscribe to the YouTube channel here so we can hit 100 subs ...